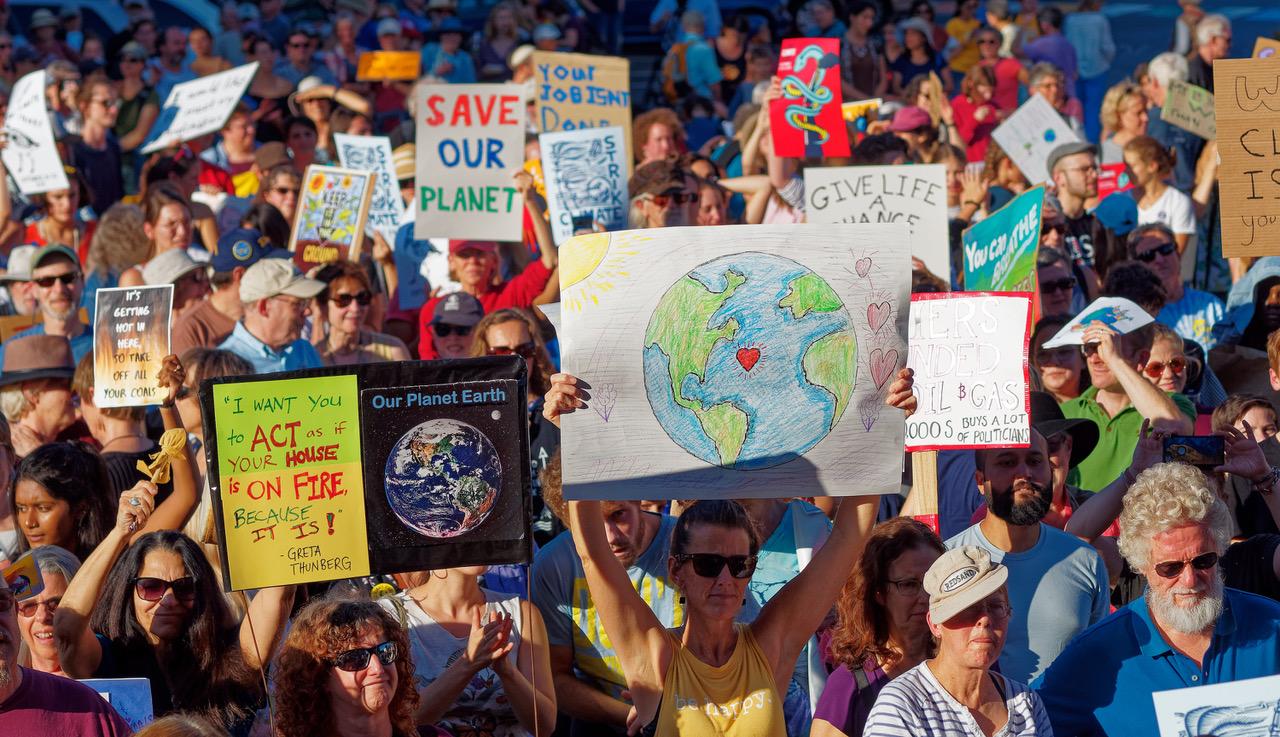 Just published!  A Prisoner and You Visited Me, ed. James Knipper, is a new collection of homilies and reflections for Year A from Clear Faith Publishing. Rev. Margaret contributed a sermon. Other contributors include Richard Rohr, James Martin, SJ, Jan Richardson, Brian McLaren, and many more. All proceeds from book sales go to nonprofits that serve and support people who are living on the margins.  Choose from the soft-covered book, the Kindle version, and the Apple iBook version.

Rev. Margaret was a guest columnist for Daily Hampshire Gazette, writing an article, “How to Close a Bank” (November 17, 2022). Click here to read it.

Just published! Sundays and Seasons: Guide to Worship Planning, Year A 2023 is the indispensable annual guide to worship planning that follows the church year and the Revised Common Lectionary. Margaret contributed 16 entries in “Connections with Creation.”  For more information and to order your copy, visit Augsburg Fortress.

New book to be released on Earth Day! Margaret contributed a reflection to The Creation Care Bible Challenge: A 50 Day Bible Challenge. Edited by Marek P. Zabriskie, this remarkable collection features fifty days of reflections composed by scholars, priests, bishops, and leaders from around the Anglican Communion.  The book can be ordered from the publisher, Forward Movement, and wherever books are sold. #ForwardDayByDay

Just published!  Thirsty, and You Gave Me Drink is a new collection of homilies and reflections for Cycle C, edited by Jim Knipper, to which Rev. Margaret contributed a sermon on Luke 14:1, 7-14. Other contributors include Richard Rohr, Brian McLaren, Mark Bozzutti-Jones, Jan Richardson, and many more. Proceeds from the sale of every book go to non-profits that give drink to those who thirst.  Choose from the soft-covered book, the Kindle version, and the Apple iBook version.

In October 2021 Episcopal News Service published an interview, “Q&A: The Rev. Margaret Bullitt-Jonas on living into the climate crisis with resilience.”

Rev. Margaret’s article, “Climate Change, Addiction, and Spiritual Liberation,” was published on 1 September, 2021, by Religions, as part of a special issue on “Spirituality and Addiction.” Abstract of the article: Climate scientists have sounded the alarm: The only way to preserve a planet that is generally habitable for human beings is to carry out a transformation of society at a rate and scale that are historically unprecedented. Can we do this? Will we do this? Drawing on her long-term recovery from addiction and on her decades of ministry as a climate activist, the author reflects on how understanding the dynamics of addiction and recovery might inform our efforts to protect the web of life and to bear witness to the liberating God of love who makes all things new. To download a pdf, click here.

Margaret was interviewed in June 2021 by Spirit Matters. The wide-ranging conversation covered spirituality, faith, climate action, and hope.  You can find a link at the Spirit Matters Website and on YouTube.

The Anglican Theological Review gives ROOTED AND RISING: VOICES OF COURAGE IN A TIME OF CLIMATE CRISIS a thoughtful and positive review! From the Spring 2021 (Vol. 103, No. 2) issue, here is an excerpt from the review by Perry Hodgkins Jones: “Whether hopeful or hopeless, each writer is deeply compelled to work, fight, heal, gather, pray, and insist on a more just world. We are urged to see the climate crisis with open eyes, drinking in the pain and lamentation of the world, human and non-human alike, and persevere toward change. It is motivating to read about each author’s experience of a clear dissipation of fog around purpose and how or why they have committed to making a difference, in whatever way or on whatever scale is possible in their communities.”

Margaret contributed to the new Lenten devotional, PLANTING SEEDS OF HOPE: 40 DEVOTIONS ON CREATION, prepared by Anglican Communion Environmental Network in memory of Bishop Ellinah Wamukoya, the first woman bishop in Africa and one of the pioneer Eco Bishops of the Anglican Communion.

A NEW BOOK! Margaret contributed a sermon to the new anthology, A Stranger and You Welcomed Me: Homilies and Reflections for Cycle B, ed. Jim Knipper. Other contributors include Nadia Boltz-Weber, Brian McLaren, Richard Rohr, and Mark Bozzuti-Jones. All proceeds from book sales go to groups that help immigrants, refugees, and those who are undocumented.

As the first chaplain-in-residence for the 2020 CHQ Assembly, Margaret was interviewed for the article, “Bullitt-Jonas to preach on Faith for the Earth for Week One” (June 27, 2020).

With Leah Schade, Margaret co-wrote an article, “Earth Day turns 50: ‘The Earth is where all of us are sheltering in place,‘” published by Daily Hampshire Gazette (Northampton, MA), April 20, 2020.

With Leah Schade, Margaret co-wrote an op-ed, “Greta Thunberg compels us all to be prophets,” published by newspapers in Louisville, KY; Frankfort, KY; and Northampton, MA (Dec. 18, 2019).

Earth Island Journal published Margaret’s article, “God in the Machine,” in its Autumn 2019 issue. Click here to read it.

How To Preach on the Green New Deal: Margaret contributed one of the tips to this resource for preaching

ROOTED & RISING: VOICES OF COURAGE IN A TIME OF CLIMATE CRISIS is now available for pre-order! Click here to reserve your copy.

Margaret publishes two articles, “Sustain Island Home: Standing up for life” and “We resolved to make a difference in 2019,” in Abundant Times (Winter/Spring, 2019)

Margaret is interviewed about her forthcoming book in an article, “Finding hope and courage in face of climate change” (March 13, 2019)

Margaret is quoted in an article, “Faith and science communities join forces to change the world” (November 10, 2018)

Margaret is quoted in an article about science and faith coming together on Cape Cod to tackle the climate crisis, “Sandwich forum focuses on spiritual collaboration in efforts to fight global warming” (November 4, 2018)

Margaret is quoted in an article about the crowds who gathered at a synagogue in Northampton, MA to honor the 11 victims of the shooting in Pittsburgh, PA (Oct. 30, 2018)

Margaret reports on an international symposium about the climate crisis, held in Greece, June 3-5, 2018, in Episcopal News Service.  The article is here.

Margaret is quoted in a report by Anglican News on Massachusetts faith leaders and scientists joining forces in a climate change emergency appeal (May 31, 2018).

Hot off the presses!  Margaret contributed an essay to a collection of essays published in Spring 2018 by SEARCH: A Church of Ireland Journal, on the topic: The Episcopal Church — Standing Up to Climate Change Denial.

Margaret’s monthly “Creation Care Network” e-news is now available on this website. It includes opportunities to learn, pray, act and advocate for the earth. View the archive or subscribe here.

Margaret’s Letter to the Editor is published in the Boston Globe, “Trump is spitting in God’s face by slashing national monuments” (Dec. 15, 2017)

A resolution on climate justice that Margaret presented to the Social Justice Commission passed unanimously at the diocesan convention of the Diocese of Western Massachusetts (Nov. 9, 2017)

Margaret gives keynote address, “Climate Change: An Emergency of the Heart,” for an interfaith forum on Oct. 30, 2016, in Springfield, MA.

In September 2016 Margaret received the 2016 “Steward of God’s Creation Award” from the National Religious Coalition on Creation Care.

Margaret’s climate justice ministry goes ecumenical: as of Feb. 24, 2016, she now serves both the Episcopal Diocese of Western Mass. and the Mass. Conference, United Church of Christ.

Margaret was quoted by the Daily Hampshire Gazette on Feb. 5, 2016, when she urged Northampton City Council to pass a resolution urging elimination of the solar net metering cap in Massachusetts.

Margaret wrote an article on Hope, resilience, and climate change, published by Daily Hampshire Gazette on Jan. 16, 2016. Click the link to download a PDF.

On Sept. 22, 2015, Margaret joined a delegation of faith leaders who met at the U.S. State Department with Karen Florini, Deputy Special Envoy for Climate Change.

On Sept. 21, 2015, Margaret spoke at the prayer breakfast in Washington, D.C. for National Religious Coalition for Creation Care, announcing the release by religious leaders of an Open Letter about climate to President Obama, which she helped to draft. Text of the letter is here.

Margaret speaks about Pope Francis’ encyclical for Bill Newman’s radio show, “The Rev. and the Rabbi” (WHMP, FM 96.9), on Sept. 11, 2015. Podcast is here (Margaret begins speaking 11 minutes into the show).

Margaret speaks on the radio about the Episcopal Church’s divestment from fossil fuels, for Bill Newman’s morning show, “The Rev. and the Rabbi” (WHMP, FM 96.9), on July 9, 2015. Listen to an MP3.

Margaret was interviewed by the Daily Hampshire Gazette soon after the July 2, 2015, decision by the Episcopal Church to divest from fossil fuels.

In this 30-minute radio interview with “Religious Roundtable,” broadcast by WSBS AM/FM and recorded on Earth Day 2015, Margaret speaks about what’s happening in the climate movement and what inspires her ministry.

Before Earth Day 2015, Margaret is interviewed by Channel 22 News at a climate rally in Springfield, Mass.